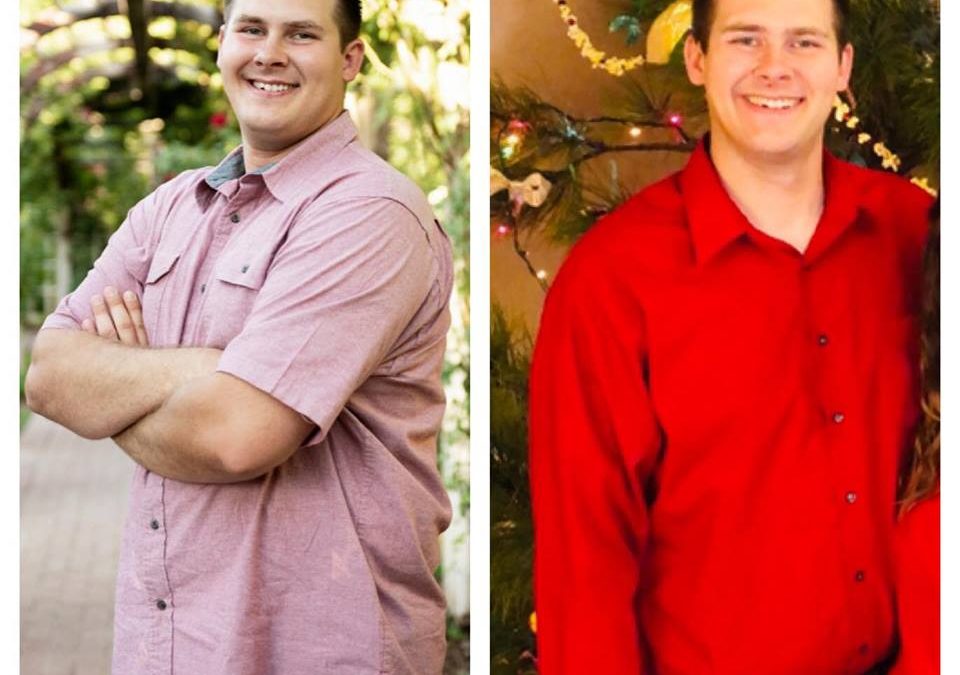 Caleb, a young dad, had tried to lose weight several times. He had lost weight many times in the past but, he always eventually gained it back.

As he got older, Caleb found it harder and harder to lose weight. Between added responsibilities at home with his young family, more stresses with school, and less and less time to exercise due to increased workloads, he found himself slowly gaining weight. When Caleb started working with me he admitted that at that time, he was at his all-time heaviest weight.

Caleb began coaching with me and jumped ALL IN! He cut sugars, flours, and snacking from his diet. He planned every meal in advance and quickly began to see progress. Within a couple of weeks of this, he had lost over 10 lbs. After the first 2 weeks, he also implemented intermittent fasting. His weight continued to melt off.

Caleb’s journey was not without its struggles. There were road bumps and temptations along the way, but with weekly coaching, Caleb was able work through each challenge. He was able to create plans that worked for him and his lifestyle to work with his body in losing weight.

After the 6 weeks of coaching, Caleb had lost 40 LBS! You can do this to. There is no better time that now to get started.